I have been investigating pesticide resistance and vector competence related genes in local mosquito populations. The overall focus of my research aimed to assess insecticide resistance in mosquito populations controlled by pesticide application in the local Florida populations. By cooperating with local mosquito control districts in Indian River and Manatee counties, we have been successful in evaluating different field populations for esterase gene expression against organophosphate. In addition, I worked for DENV genome sequence analysis for investigating differentially expressed genes related to a different vector competence trait to West Nile Virus between two mosquito populations of Culex quinquefasciatus using Illumina RNAseq.

Currently, I am characterizing insecticide resistant genes of mosquitoes in aspects of molecular genetics and genomics. Once mosquito populations carry a gene, the gene will be inherited to the next generation but their expression pattern can be changed depending on the environment. Also I am interested in the microbial environment of Culex mosquito larvae habitat. I would like to compare bacterial communities between preferred and non-preferred habitats by Culex mosquitoes. Their larvae feed on microbes in the water habitat. Bacteria community combination may change the environment for mosquito larvae through respiration or the secretion of other byproduct of lives. 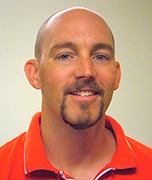