For the past few years, I have been engaged in research with colleagues in the Central Asian nation of Uzbekistan. Most people are completely mystified as to why, and are sincerely interested in the work itself once this is explained. So first, some history...

When the Soviet Union collapsed in the early 1990s, its vast arsenal of weapons of mass destruction (WMD) was left in an unprotected state. Concern that the tons of nuclear, chemical and biological weapons and materials might be accessible to rogue states or terrorists prompted the U.S. Congress to create a program to reduce this threat. The Cooperative Threat Reduction (CTR) program has the objectives of dismantling WMD infrastructure, consolidating related technology and material, increasing transparency of work performed by former WMD scientists, and preventing proliferation of WMD.

Within the CTR program exists the Biological Threat Reduction program (BTR), which has the same objectives as CTR, but concentrating solely on biological threats. This includes increasing the security of especially dangerous pathogens and legitimate research on them at particular facilities with particular personnel. Within the BTR program is the Collaborative Biological Research (CBR) program--this is where my research comes in. The CBR program works to improve the infrastructure of laboratories researching these critical pathogens, in order for the work to be done safely and securely. Furthermore, by encouraging collaboration between US and former Soviet scientists, peaceful research that serves the public health of all countries is enhanced. Finally, this program is charged with detecting the illicit use of the pathogens being studied, which gets us to surveillance. 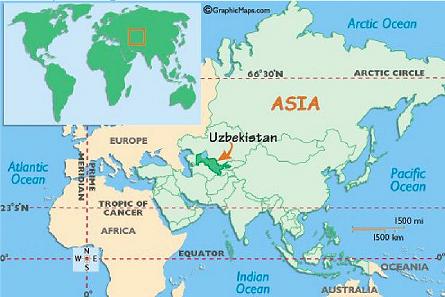 Detecting illicit use of pathogens presupposes that you can detect naturally occurring transmission, cases or outbreaks. I have been working with the arbovirus laboratory at the Institute of Virology in Tashkent, Uzbekistan. This is a national level facility, much like our CDC laboratory in Fort Collins, CO. When I first arrived there, the laboratory was in very poor condition. Apparently, when the Soviet Union collapsed, most of the equipment was transported back to Russia. Over the past few years though, we have helped the arbovirus laboratory become a very functional facility through renovations, equipment, and training of staff.

The project staff at the arbovirus laboratory is now in the third year of seasonal field expeditions throughout Uzbekistan. The purpose of these expeditions is to reestablish where arboviruses are being transmitted and determine their seasonal prevalence. In order to capture this data, the project staff is collecting ticks and mosquitoes for virus testing, and is working with archived human and animal blood to detect antibodies (indicating prior infection by an arbovirus). Eventually, a systematic monitoring of important sites is envisioned. Together, the US and Uzbek scientists on this project have produced research articles in peer reviewed journals, and made presentations at a number of international conferences. These results embody the goals of the CBR program, and we have only just begun.