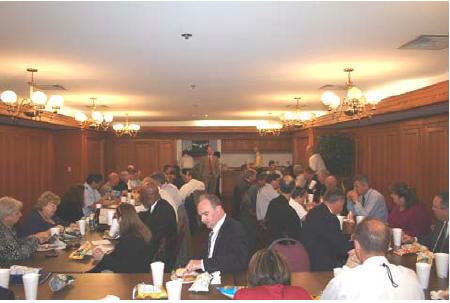 On March 17-18, 2009 more than 60 members of the Florida Mosquito Control Association traveled to Tallahassee as part of FMCA’s annual Tallahassee Days. In previous BuzzWords columns I reviewed the importance of this effort, particularly in the current climate where so much of Florida’s state services are imperiled by impending budget cuts due to Florida’s declining state revenues (See Tabachnick, W.J. 2008. Buzzwords 8(6): 8- 11; Tabachnick, W.J. 2009. Buzzwords 9(1): 10-11). The attendance at the FMCA 2009 Tallahassee days was impressive with three-fold more attendees than in previous years, representing about 50% of the organized mosquito control programs in Florida. 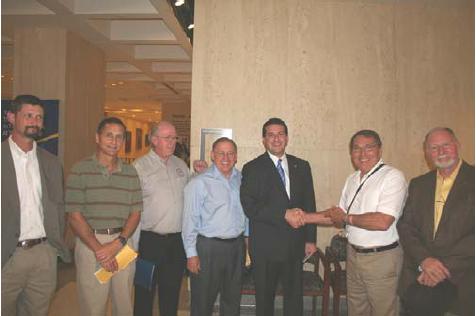 This certainly demonstrated the overwhelming support throughout Florida for the importance of Florida’s statewide mosquito control program and the importance of the state-supported mosquito research program. Florida mosquito control has spoken loudly and consistently that any proposed draconian cuts in the state mosquito control program would imperil Florida’s ability to mitigate mosquitoes and mosquito-borne diseases and that this may have dire and catastrophic consequences for Florida’s future well-being. FMCA members have been adamant that the DACS proposal to cut 50% of the state programs funds would clearly be a dangerous and unwarranted reduction. The 2009 Tallahassee Days was organized by the FMCA Legislative Committee chaired by Dennis Moore and Doug Carlson with the assistance of Chris Lyon and his colleagues in the FMCA lobbying firm of Lewis, Longman & Walker. Teams of FMCA members had scheduled meetings with about 35 Florida legislators and/or their staff members where they discussed the impending DACS proposed reductions and the anticipated dire consequences of such a massive reduction on Florida’s ability to provide statewide 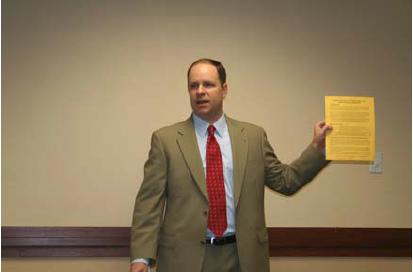 mosquito control. These were difficult and frank meetings since Florida’s legislators are facing  many hard choices about how best to meet continuing declining revenues. However, as mosquito control professionals, FMCA had the responsibility to make legislators aware of the consequences of the proposed mosquito control reductions. The FMCA consensus was that mosquito control’s concerns were well-received and that there was general support by legislators to review the DACS proposed reductions in the light of the adverse impact on the state.

Several FMCA members also had a scheduled meeting with DACS Commissioner Charles Bronson during the afternoon of March 18, after most of the other legislator meetings had been concluded. Also attending this meeting was Mr. Andrew Rackley, Division Director, DACS Division of Agricultural Environmental Services. I was privileged to be among this group which included Dennis Moore, Doug Carlson, Wayne Gale, John Smith, and Chris Lyon and David Ramba; both of Lewis, Longman & Walker. During this frank meeting we advised the Commissioner of our concerns about the DACS proposal to reduce the state mosquito control program by 50%. In summary, we strongly advised the Commissioner that in our professional capacity as mosquito control experts we had the responsibility to provide him with our collective professional opinion that the consequences of such severe reductions to 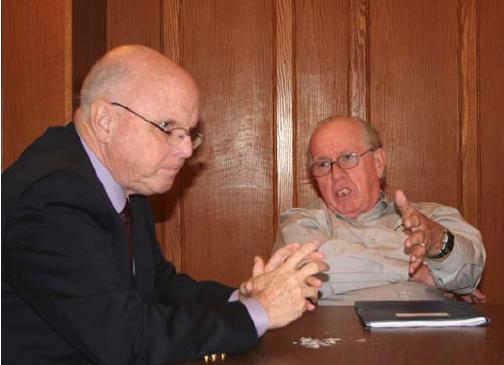 this small program could be catastrophic for the reasons that are now well-known to FMCA and Buzzwords readers. Commissioner Bronson was extremely supportive, gracious, and recognized the importance of mosquito control to the state. However, although he agreed with the potential impact of the proposed draconian  reductions on statewide mosquito control in Florida, he frankly advised us that his department had to make many such choices in view of the declining budget. Mr. Rackley advised that the proposed reduction was the recommendation of the Division of Agricultural Environmental Services. The FMCA group strongly disagreed with the Division’s recommendation. Commissioner Bronson was attentive, receptive and wished us well in our ongoing discussions with legislators to successfully fund the Florida mosquito control program for the 2009/2010 fiscal year. 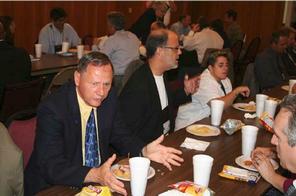 During the meeting with Commissioner Bronson, the FMCA group was advised by Mr. Rackley that the Department of Environmental Protection, which transfers the waste tire funds for mosquito control to DACS, has also proposed to reduce the amount transferred to DACS by over $1 million (50%). This information was a complete surprise to the FMCA contingent attending the meeting, had never been discussed previously with the FMCA, and the FMCA had received no prior knowledge of it from our colleagues in DACS. Subsequent to the March 18 meeting and nearly a week later, Angela Weeks-Samanie of DACS sent an e-mail to mosquito control Directors explaining the situation. It was unfortunate that this information had not been shared with FMCA prior to our March 18 meeting with Commissioner Bronson. Even as late as March 17, prior to the scheduled legislator meetings, knowledge of DEP’s proposal would certainly have changed the tenor and sense of urgency of the FMCA discussions with legislators.

FMCA has successfully fought the battle to keep the $2.16M in the 2009 proposed Governor’s budget. It remains to be seen whether these funds will be supported in the House and Senate versions of the budget as the session comes to a close. FMCA has fulfilled its responsibility to provide the state government with the expert information they need to assess the impact of the proposed reductions on the health and wellbeing of Florida residents and visitors. We can only hope that Commissioner Bronson and our Legislators make the correct decision. This is certainly a moment of truth for Florida mosquito control’s future and for the future of Florida. 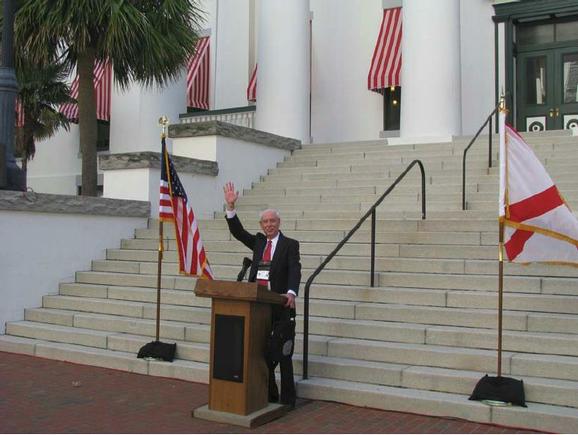