Florida's newest war against dengue began in 2009. Readers of Buzzwords should be well aware of Florida's difficulties combating dengue in Key West.

The Florida Coordinating Council on Mosquito Control recently discussed a proposal for using adulticides on state-managed lands under restricted conditions. Several members urged that research was essential to evaluate the potential impact on the environment of this proposal. However, there are no state funds to do this or any other effort that would help Florida mosquito control. The biology of the new mosquito in Florida, Culex coronator, and its potential as a disease vector will remain unknown. There will be no studies on new methods, no evaluating mosquito control effectiveness, no information to reduce resistance to mosquito control products or methods, no information to improve disease surveillance and appropriate mosquito control responses, and on and on. Each year Florida will fall further behind in protecting the state from mosquitoes and mosquito-borne diseases (Figure 1).

What of dengue in Key West? In 2009 and  2010, Florida's mosquito control professionals supported the 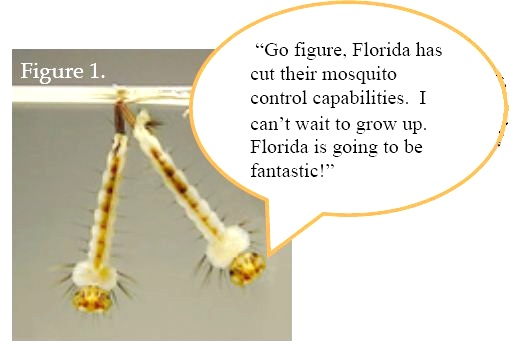 Florida Keys Mosquito Control District (FKMCD) and the Monroe County Department of Health anti-Aedes aegypti control efforts and their efforts to rally the Key West community to assist in combating dengue. Were these efforts successful? Although dengue did not reappear in Key West in 2011 it is unlikely this was entirely due to these efforts.

The absence of dengue cases in 2011 is most likely due to one or more of the following: 1) a successful anti-Aedes aegypti, anti-dengue campaign, 2) dengue was not imported into Key West in 2011 from elsewhere, 3) the estimated large number of dengue infections, estimated at 4000 or 1 in 5 Key West residents from 2009-2010, may have left too few people among the Key West at risk population who are still susceptible to infection to support dengue. The cause is important because:

IF THE ABSENCE OF DENGUE IN KEY WEST IN 2011 WAS DUE TO THE NUMBER OF RESIDENTS IMMUNE TO DENGUE SEROTYPE 1 (DENV-1), THEN KEY WEST IS AT RISK FOR A MORE SEVERE DENGUE EPIDEMIC WITH MORE CASES OF GREATER SEVERITY WITH SOME DEATHS SHOULD DENV-2, 3 or 4, ENTER KEY WEST.

These other dengue serotypes are already in the Caribbean Basin and South America so entry of one into Key West is just a matter of time (Figure 2). Hundreds of cases and some deaths could occur that would also be a catastrophe for Key West's economy. If an epidemic of similar incidence to Key West's in 2010 occurred in the Southeast Florida metropolitan area, from West Palm to Miami, (population 5 million), it would result in 15,000 cases of dengue and 750,000 infected people!

Is Florida prepared? The loss of state aid and elimination of Florida's mosquito control research is dangerous. Florida mosquito control must have current information that will allow it to reduce incidence of diseases like dengue in Florida. The Key West community is now primarily focused on one proposal to reduce Ae. aegypti using genetically modified Ae. aegypti sterile males. The proposal is to flood Key West with these sterile males to mate with Ae. aegypti females so the females do not produce offspring. This is expected to reduce Ae. aegypti populations and reduce dengue transmission. There has been worldwide interest in this proposal. During July 11 – 18, 2012 over 100 news articles about the proposal appeared in news magazines around the world. 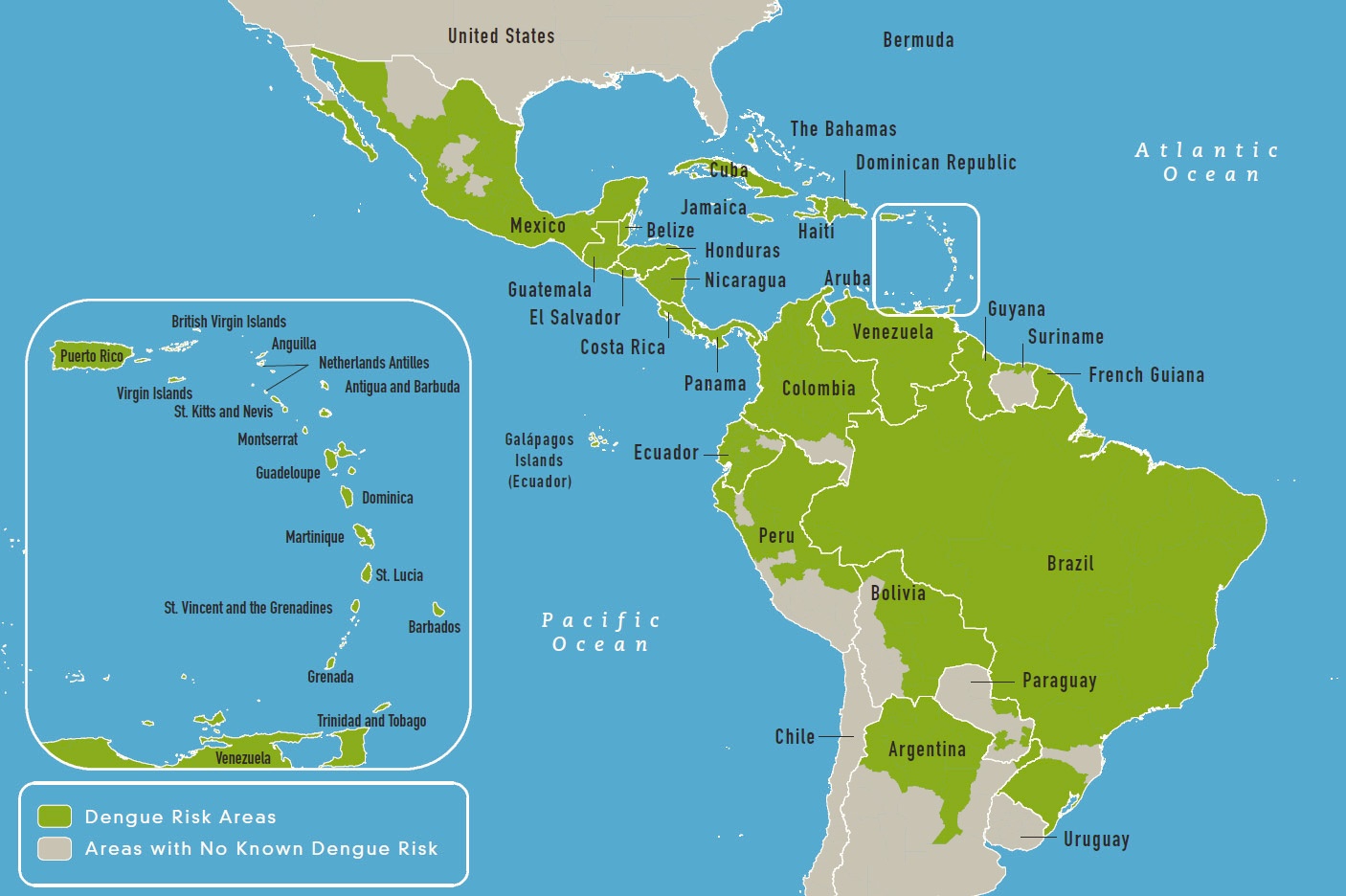 Figure 2. Dengue in the Caribbean Basin and South America in 2010.
From U. S. Centers for Disease Control and Prevention.

Unfortunately, there has been a great amount of misinformation in some articles that has not been helpful in evaluating the proposal. For example, it was often reported that 100,000 Key West residents signed a petition opposing the proposal, and others have confused Ae. aegypti with Ae. albopictus. Since Key West's population is 20,000, and Monroe County's population is 75,000, the great majority of the signers are not residents.

Other repeated concerns include: 1) the released mosquitoes could contribute to dengue transmission in Key West, 2) the elimination of Ae. aegypti in Key West could damage the ecosystem, 3) other methods are effective in controlling Ae. aegypti, 4) dengue has already been eliminated due to successful mosquito control making the proposal unnecessary. These concerns are without foundation because: 1) the released mosquitoes are males, cannot bite or take blood meals and therefore do not transmit dengue, and the few females that might be released would be sterile, and far fewer than the numbers of females already in Key West such that their effect on dengue would be negligible, 2) Ae. aegypti immature stages inhabit domestic water storage containers in human habitats so that their larvae are not a food source for other animals like fish that do not share such containers. The disappearance of Ae. aegypti would not affect the ecosystem of Key West. 3) Control methods for Ae. aegypti rely on pesticides that most would prefer to reduce and other methods require community participation that has not been forthcoming in Key West, 4) Key West is at great risk for severe dengue due to other dengue serotypes. Other issues that deserve attention include:

This discussion is critical to a decision that satisfactorily addresses community concerns, and this may require a modified approach, which may add to costs. Key West must decide what increased cost is essential to reducing a specific concern. For example, releasing modified Key West Ae. aegypti strains prevents release of foreign Ae. aegypti genes but increases costs to construct these strains. Key West must face the consequences of not using a method that could reduce dengue risk. How will these concerns be viewed in the middle of an epidemic with 300 cases with 10 deaths? The proposal could be Key West's insurance against a looming dengue epidemic that would be a catastrophe for the community, public health and economy. What are the consequences of moving forward or not moving forward with the project? Due to loss of the state program, there are no current studies from Florida to provide unbiased information. Florida mosquito control professionals have a duty to let Florida's political leaders know the disastrous consequences of their decisions that have eroded state aid, savaged mosquito control research, and reduced Florida's ability to mitigate epidemics.