The following passage is the Florida Department of Health’s policy for addressing the highest level danger from a mosquitoborne disease in Florida:

“When there is a potential for a widespread distribution of large numbers of human cases, the State Health Officer may declare a Mosquito‐Borne Illness Threat. A mosquito‐borne illness threat is a declaration by the State Health Officer that “a threat to the public health exists” as per Ch. 388.45, F.S. The same statute provides the Commissioner of Agriculture the authority to declare “a Threat to Animal Health”. This official declaration allows Florida’s Department of Agriculture and Consumer Services (DACS) to respond using arthropod control measures on certain public lands and movement of mosquito control personnel and equipment into affected counties from other areas of the state as appropriate.

A declared Mosquito‐Borne Illness Threat will result in the following:

Mosquito‐Borne Illness Threats are down‐graded after mosquito surveillance data (such as abundance, age structure, or infectivity) indicate a decrease in risk for arbovirus transmission to humans. Does this policy actually serve the public health interests of Florida’s citizens? Is this policy realistic? Will it be instituted in time to prevent or reduce disease? Will it work? 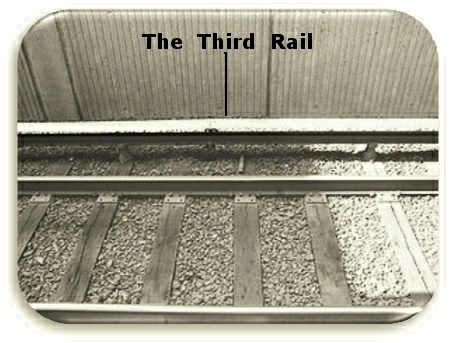 rail of Florida public health and unlikely ever to be reached except under the direst circumstances. Unfortunately the consequences of such a declaration, particularly the impact on Florida’s tourist industry, will prevent it ever being declared. In reality this will mean that some public health and mosquito control actions will be prevented.

The outbreak of dengue that occurred in Key West FL in 2009 illustrates the paradox of a public health policy that may actually prevent appropriate public health responses. The Key West dengue outbreak resulted in a total of 33 dengue cases. This is a very small number compared to the thousands of dengue cases that occur elsewhere in the world. The efforts to mitigate dengue by the Florida Keys Mosquito Control District through control of Key West Aedes aegypti populations were laudatory (Tabachnick, WJ. 2009. Dengue in Key West, 2009. BuzzWords, Newsletter of the Florida Mosquito Control Association 5: 11‐13). However, despite the real danger of an increase in the numbers of cases, and despite the wellfounded fear that dengue could have easily spread outside the focal Key West transmission zone into South Florida, including Miami, the responses and actions denoted under a Mosquito‐Borne Illness Threat were never instituted. There was little public information about the outbreak, and little national media attention. Only the resources of FKMCD were used to reduce transmission, no other assistances from the state were provided; no other preventive measures were taken. Consider some of the things that were not instituted:

Why was not one of these actions taken? A Declaration of a Mosquito‐Borne Illness Threat was never issued. Was it due to the absence of any danger? Why was no state assistance provided to help FKMCD meet the challenges it faced? Was it due to a decision that such actions were unnecessary and would not serve any purpose? What were the overriding issues in this decision? Was public health the over‐riding issue?

I believe it is essential to begin serious discussion in Florida about Florida’s ability to mitigate a mosquito‐borne disease outbreak. The potential economic consequences of a Mosquito‐Borne Illness Threat on an essentially tourist driven economy conveys at least the appearance that tourism, and not public health, could be an over‐riding issue in public health policy decisions. No one would deny that if such a declaration had been issued in Key West in September 2009 that the economy of the area would have suffered due to lost tourism. Was there reluctance to issue the declaration?

This is the paradox. Although the responses outlined under a Mosquito‐Borne Illness Threat might be prudent and necessary to protect people from disease, these responses would not be readily taken because the current policy has dire economic consequences. The economic consequences of the declaration prohibit taking what might be the required appropriate action. If dengue had spread out of Key West into Miami in 2009 the failure to take more aggressive actions in Key West to control Aedes aegypti would have been indefensible. Certainly it would be negligent and contemptible if the failure to take appropriate actions to protect the public health was linked to economic considerations to maintain tourism. I would hope this would not be the case but the appearance does give one pause.

Florida needs to rethink its Declaration of a Mosquito‐Borne Illness Threat policy and revise it so that the policy provides what is needed to protect public health as the top priority while not unduly implying economic consequences that no one wants. Florida must replace the third rail with a revised policy that allows for appropriate actions in times of danger that clearly place protecting the public health as the highest priority in the decision making process without even the appearance of the third rail consequences. On April 19, 2010 the Monroe County Health Department reported a case of dengue in Old Town, Key West with onset date on April 9, 2010. I hope Florida will improve on its actions taken in 2009 in dealing with the potential threat from dengue in 2010. 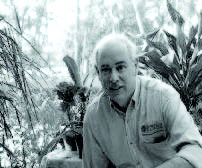