Dr. George F. O’Meara will be retiring from the Florida Medical Entomology Laboratory on June 30, 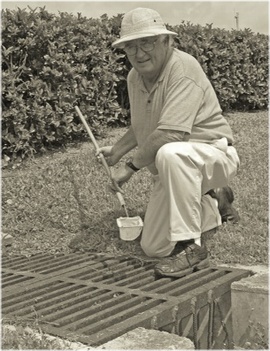 2010. His colleagues at FMEL and his many friends throughout Florida mosquito control are delighted that Dr. O’Meara will continue his association with FMEL as Professor Emeritus.

Anyone involved in the profession of mosquito control who seeks information about mosquitoes, like the readers of BuzzWords, are familiar with Dr. O’Meara’s many contributions. His contributions to the Florida Mosquito Control Association have been significant including serving as FMCA President and his long standing commitment and service in providing courses for the FMCA Dodd Short Courses. Readers should check out the Mosquito Identification Key done by Dr. O’Meara and Michelle Cutwa-Francis to see firsthand just one of his many accomplishments that directly benefits Florida mosquito control. There are many people throughout Florida who have had the pleasure and delight of being in a class taught by George O’Meara and/or the delight of working and learning from him in a field setting. George has been recognized by the Florida Mosquito Control Association on many occasions including his receiving the FMCA Maurice Provost Award and the FMCA Joseph Porter Award. Befitting the importance of his role in Florida mosquito control, George is currently the only person to have received both awards.

The following excerpt from a letter nominating Dr. O’Meara for the Provost Award read “Dr. George 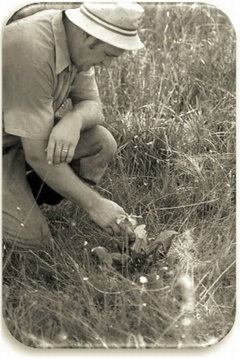 O’Meara is without doubt one of Florida’s leading authorities on mosquito biology. It is fitting that George O’Meara be listed alongside the previous recipients of this prestigious award. I think that Dr. Provost would be very pleased to know that Dr. O’Meara has received the Provost Award.”

George O’Meara has been instrumental in the success of the FMEL. He has served as the Interim Center Director on several occasions including from 1977-1978 during the transition of FMEL to the University of Florida, and again from 1998-1999. He has been the Associate Director of the FMEL since 2002. George is a world renowned expert on mosquito biology as evidenced by his many publications and presentations. He has provided guidance, mentorship, and unfailingly sound advice to his colleagues on numerous occasions. 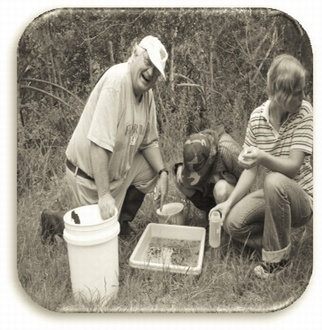 I personally am indebted to George O’Meara. Not only has he provided innumerable occasions of support and sound advice to me as the Director of the FMEL, George was instrumental in bringing me to the FMEL as the Director. I have known Dr. O’Meara as a friend and colleague for more than 30 years. I recall during my interview for the position of FMEL Director George took me aside and told me we were going for coffee at a Beachside Café where he was going to give me the hard sell. He laughed in that well known O’Meara chuckle recognizing that no real hard sell was needed. You see I was then living in Laramie, Wyoming of all places, and it was apparent I was straining at the leash to come to Vero Beach, Florida to work at the world famous FMEL. The job offer was a dream come true for me and Darlene. Thank you George for making it happen. 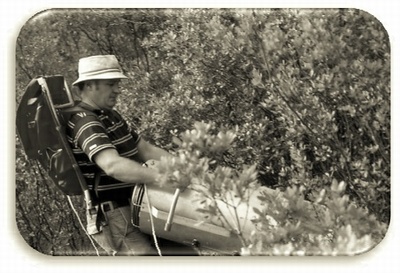 under the late Dr. George B. Craig. He has continued pursuing his interests in mosquito biology ever since and we look forward to his continued commitment to Florida Mosquito Control as a Professor Emeritus. Anyone who has ever had the good fortune to collaborate with George O’Meara will attest to his unflagging interest and enthusiasm for medical entomology. Dr. O’Meara was honored at a party celebrating his service to Florida at the Florida Medical Entomology Laboratory on June 25, 2010. George was hired to work at the FMEL by its first Director Dr. Maurice Provost who would no doubt be very pleased with George’s success. The state of Florida is the better for having George O’Meara at the FMEL. Congratulations George!