Vector-Borne Pathogens and the University of Florida's Emerging Pathogens Institute

Recent news reports demonstrate the continued risks to world health due to emerging pathogens. The news concerning vector-borne pathogens during the past year has been grim.

West Nile virus continues to cause hundreds of cases in North America. Readers can review a previous BuzzWords column discussing levels of West Nile virus transmission to humans living in the Northern Plains during 2007 and what a similar transmission level of WNV would mean for Florida residents and visitors (Tabachnick, W.J. 2007). Another article of interest is, "Is West Nile virus a threat to Florida? Reasons for concern" and can be found in BuzzWords 7(4): 8-9. As of October 4, 2007, North Dakota has the highest WNV incidence with 5 cases per 10,000 people. A similar transmission level in Florida would result in more than 9,000 human cases!

In past BuzzWords columns we have explored the danger to the U. S. from Chikungunya virus and Dengue virus (Tabachnick, WJ. 2007. Chikungunya and Dengue: Challenges for Florida mosquito control. BuzzWords 7(1): 6-7). The entry of either of these viruses into U. S. regions where there are substantial Aedes aegypti or Aedes albopictus populations is a real threat. So far during 2007 the Pan American Health Organization (PAHO) has recorded 630,356 cases of dengue in the Americas. This transmission level is 11 percent above that reported in 2006 when there were close to 12,000 severe hemorrhagic dengue cases and 183 deaths. The PAHO expects that dengue cases in the America's will exceed 1 million in 2007. Puerto Rico, Guadeloupe, Martinique, Mexico, Nicaragua, and Brazil have been particularly hard hit this year. For example, Puerto Rico is now reporting an average of 500 new cases weekly with a total 6,175 cases and 4 confirmed deaths so far in 2007.

The news on the arthropod-borne animal pathogens has also been grim. Northern Europe is experiencing an extensive outbreak in ruminant farm animals due to Bluetongue virus (BTV) transmitted by different species of Culicoides. Though BTV is found almost worldwide, including in the U. S., it has historically been absent from Europe. The United Kingdom has reported its first bluetongue cases in cattle ever during the past two weeks! The consequences for the cattle and sheep industries in the UK may be devastating as their industries try to cope with containing the pathogen. Unfortunately, efforts to contain bluetongue may result in restrictions on livestock trade with devastating world wide economic consequences. This is a particularly bad time for UK livestock producers already struggling to contain an outbreak of Foot and Mouth Disease.

There is a very useful map showing current outbreaks of pathogens with interactive information that can be found at http://healthmap.org/en

The FMCA has been a strong supporter of the University of Florida's initiative on emerging pathogens, and efforts by the FMCA in Tallahassee figured prominently in successfully obtaining state support for UF's Emerging Pathogens Institute (EPI) (http://epi.ufl.edu/) The EPI is Florida's main response to emerging pathogens and one of its main mandates is to provide information and methods designed to protect Florida against new and re-emerging pathogens. It is clear that vector-borne pathogens will figure prominently in the EPI's mandate due to the immediate and constant risk of introduction of these pathogens, some of which are discussed above. 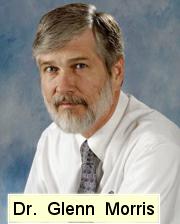 The EPI is moving forward. Dr. J. Glenn Morris Jr., is the new Director of the EPI. Dr. Morris began his duties as EPI Director in early September 2007 and has already visited the FMEL in Vero Beach to discuss the needs for increasing Florida's vector-borne pathogen capabilities by building upon FMEL's existing strengths. By way of introduction to the members of the FMCA, Dr. Morris was Professor and Chairman of the Department of Epidemiology and Preventive Medicine at the University of Maryland School of Medicine and interim Dean of the University of Maryland, School of Public Health. He received his bachelor's degree from Rice University and his M. D. and M. P. H. in tropical medicine from Tulane University. Dr. Morris has worked at the Centers for Disease Control on cholera and other water- and food-borne diseases. His recent research has included work with viruses known as bacteriophages that invade bacterial cells and cause bacteria to self-destruct. Bacteriophages are an alternative to antibiotics for treating infection because specific phages can be used to attack specific bacteria and bacteria are less likely to develop resistance to them. Dr. Morris' first research project as a graduate student involved dengue, and as a youngster living with his family in Bangkok, Thailand he contracted a severe form of Dengue (Dengue Hemorrhagic Fever). Dr. Morris is no stranger to vector-borne pathogens.

Dr. Morris is eagerly looking forward to working with the FMCA and Florida's mosquito control organizations. He has accepted an invitation to the next FMCA meeting where he will provide a presentation and discussion to the FMCA concerning our mutual goals and how they can be facilitated by the EPI.