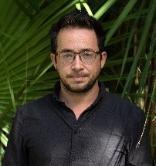 Project Synopsis: Focus is on the development of DNA barcode-based molecular approaches to surveilling mosquitoes and detecting pathogens, and investigating mosquito biology and ecology and translating these details to improved mosquito control strategies. A secondary focus, in collaboration with Dr. Nathan Burkett-Cadena, is the creation of an updated identification resource for the mosquitoes of Florida.

Primary Goals: Goals include (1) creation of a complete reference database of COI DNA barcoding gene sequences for all Florida and regional mosquito species, collected within the state and region.  A publicly accessible molecular and specimen-based reference collection of sequence data will be created to enhance our ability to identify mosquitoes and recognize introductions of non-native species, and will be a user-friendly alternative to morphology-based ID.  Creation of this database will facilitate next generation DNA sequencing and bioinformatic pipelines for the identification of bulk mosquito collections, environmental samples (e.g., water samples from potential larval habitats), and blood meals (2) which will provide efficient and straightforward methods for operational mosquito surveillance. I provide a DNA barcoding identification service to mosquito control districts to assist in the taxonomic identification of mosquito specimens that cannot be determined through the use of morphological keys (3). Please email lereeves@ufl.edu for details on specimen submission. In addition, Florida is a hotspot for non-native mosquito species, with ten new species detected in the state since 2000. Working with Dr. Burkett-Cadena, I am creating an updated morphological identification resource for the mosquitoes of Florida, including species missing from the current key (4).

Major Results to Date: This program initiated in August 2018 and my lab has begun collecting mosquito specimens for molecular processing. Creation of a complete reference database is prioritized, as specimens used to populate the database are also being used to illustrate the updated Mosquitoes of Florida. His lab is now set up to receive and identify mosquito specimens for mosquito control districts. Major results, below, are derived from work published in 2018, prior the establishment of my program.

Current activity: Since Darsie and Morris published the Keys to the Adult Females and Fourth Instar Larvae of the Mosquitoes of Florida (Diptera, Culicidae) in 2003, at least nine additional mosquito species have been reported from the state, some of them widespread and common. In collaboration with Dr. Nathan Burkett-Cadena, we are creating an updated and photographically illustrated resource for the morphological identification of Florida mosquitoes. While we expect this project to take approximately two years to compile photographs and prepare the text, I am preparing a review of the recently introduced mosquito species to Florida to immediately address the need to morphologically identify species that are not present in the current key. Coincident with this work, I am collecting molecular and morphological specimens to be used toward Goal 1 (above), prioritizing species groups that a preliminary analysis using GenBank-mined barcode sequences indicated were likely to yield undescribed cryptic species.

Project Synopsis: This program investigates the genomics and genetics of mosquitoes and determines any interactions between mosquitoes and mosquito-borne diseases at the molecular level.

Primary Goals: Developing novel, non-pesticide control strategies;  investigating the development of insecticide resistance in Florida mosquito populations by investigating interactions between mosquito and mosquito-borne diseases;  characterizing vector capacity (ability to transmit a pathogen) and the genes that are responsible for alteration of vector competence in pesticide-resistant mosquito populations. 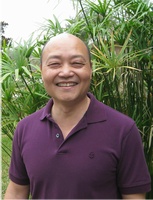 Primary Goals: Identifying and investigating the critical metabolic pathways that are part of the response of mosquitoes to arbovirus infection and pesticide exposure through RNA interference (RNAi) and other methods that silence these pathways for application against mosquito larvae and adults. Another goal is to develop novel diagnostic tests for mosquito-borne pathogens to target vector mosquitoes, and to characterize pesticide response mechanisms in mosquitoes that may lead to strategies to reduce the development of insecticide resistance in mosquito populations.

Current Activity: Ae. aegypti and Ae. albopictus are the primary vectors of the chikungunya and Zika viruses. Currently, I am working on the mosquito innate immunity, including detail research on the leucine-rich repeats (LRR)-protein. Innate immunity, serving as the host’s ﬁrst line of defense, is a conserved host response that involves the sensing of pathogen-associated molecular patterns through germline-encoded pattern recognition receptors. Mosquitoes entirely depend on their innate immune system to ﬁght infections caused by pathogens such as viruses, bacteria, fungi, and parasites. Finding the exact immune evasion strategies of pathogens will help to create effective ways to control them.

In order to compare lab strains with natural strains of Ae. aegypti and Ae. albopictus in response to arboviruses, we have conducted ZIKV and CHIKV infection with different populations from the fields located in Key West, Miami, Okeechobee, Gainesville, Jacksonville and Orlando.